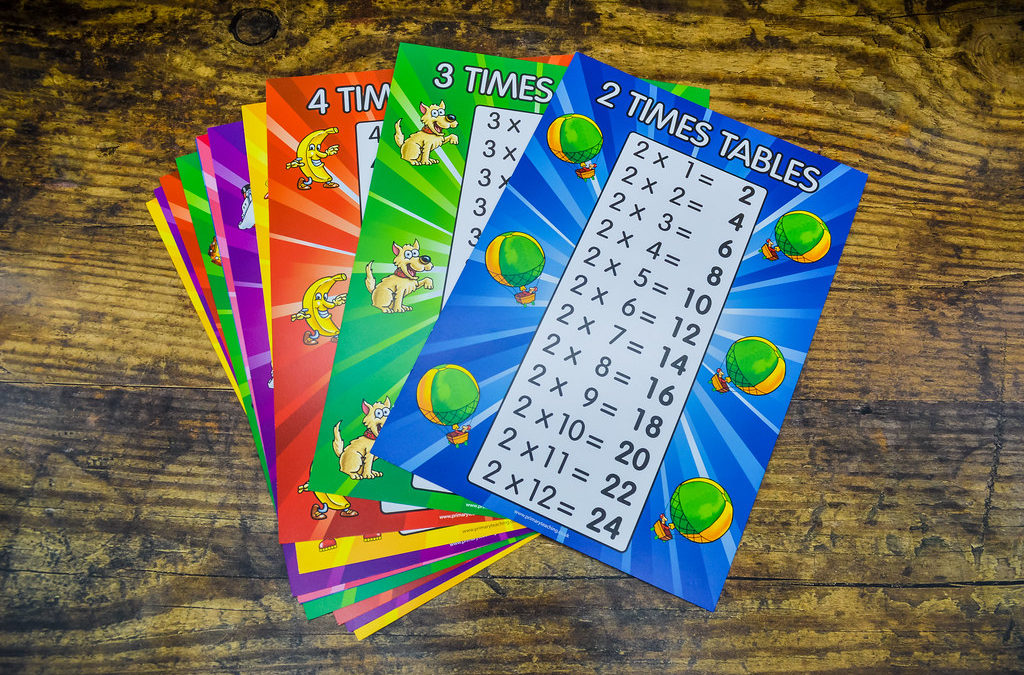 I was talking to someone online about the Y4 Multiplication Check (MTC) recently and I explained that I had written up some notes to pass to teachers for next year. I thought it might be worth sharing them here too. My original notes are school-specific so I have tried to edit and amend where necessary. If there are factual errors in anything below, please do leave me a comment.

When the website becomes live, the following tasks need to be completed in liaison with class teachers:

After the system is setup:

Once it has been decided which children are taking the test, practise logins can be provided. This is known as “Try It Out” on the website. These logins can only be printed from 8am and expire at 4pm each day. Therefore, practise needs to be planned carefully (e.g. don’t plan for a day when the headteacher is out of school and unable to provide logins!). I understand many schools have a number of users who can access NCA Tools, this wasn’t the case for us.

The questions appeared to be the same for the whole day, meaning it is not worth practising more than once or twice per day. Logins must be shredded after each day as they contain pupils’ first names and surnames.

Before completing the proper test, it is worth using Soundcheck on TTRockstars as this is setup as closely to the MTC website as possible (albeit with graphics and a score afterwards).

This year, from 10th-28th June, children completed the test. Two classes did this as a whole class, one in small groups. Teacher discretion is advised as they will know their classes best. The Maths leader was in attendance for some periods of testing. The website will take the final score so if a child takes the test three times, the third one would count. It is not advised to restart a test unless absolutely necessary. To do this, close the page and reload.

There was one child who accidentally closed the tab in his browser. We just logged back in and he re-started the test.

Once all tests have been completed, the Head Teacher must complete the declaration form. A few days after the test (1st July this year) results are provided. The results are provided as a score out of 25. There is no indication currently of how other schools have fared. The Maths team collated this data and shared it with SLT/Year 4 as appropriate.

Children have 25 questions and six seconds to answer each question. These are multiplication only and not division. There is more weighting to “harder” tables e.g. not 2/5/10 times tables. There are also 3 practise questions before the test starts properly.

Children do not need to press enter to input their score as they can wait for the timer to run down giving them a few seconds break between questions. This was very useful and we only found this out a few days before testing. Children said this helped them a lot.

No scores or correct/incorrect indicators are provided during or after the tests.

If a child has a PIN generated, their account is “open” and they can’t be withdrawn or the tests completed until the following day when their PIN expires and their account “closes” again.

We tested everyone on the Thursday, with the Friday being the final day. On the Friday, I printed logins for the two who were absent on Thursday but this meant their account was open and we had to wait until 4pm and the accounts to expire before completing the Head teacher declaration.

Michael Tidd asked users on Twitter and Facebook to input their data anonymously so that there was some kind of analysis. This really helped us as it gave us something else to compare it too.

Times Table Rockstars added a data analysis tool. You were given a list of users and simply added their score from the MTC. This took 10minutes for our 3 classes.

This graph (below) compares the average score obtained on Soundcheck compared to their MTC result. Most children seemed to score better on the MTC than they usually do on Soundcheck. Of course, being an average this means it will take the previous 20 Soundcheck results into consideration. It was good to get clarification on this from TTRockstars as we didn’t want the average being skewed too much.

This graph below shows the comparison between their MTC and their highest ever score on Soundcheck.

So…what does it all mean? For us, using the Soundcheck feature on TTRS has been useful. Children in Year 4 will be encouraged to try this out at various times of the year, just as they regularly use the other parts of the website. I will be asking Year 4 teachers to ensure children complete a soundcheck on a couple of occasions throughout the year (probably when they submit other data) as our evidence shows a really strong correlation between their scores on Soundcheck and their score on the MTC. This might be a good way to predict how children will score on the MTC.

We are definitely not changing the way we do anything because of the MTC. We are pushing times tables (and related division facts) because they are crucial to all areas of Maths.

I hope this is useful to someone although I am sure things will change completely next year when it is rolled out to everyone!