Following on from last month’s post about what inspired me, I thought I would share a little bit of what inspires me now.

In my study/third bedroom, it is a bit of a mess. My wife hates working in there as I have bits of paper and post-its everywhere. On one wall I have postcards and thank you notes from 2Simple, BrainPOP and other companies that I might have done a little bit for. This might just be that I presented for them at Bett or ran a training session, but they all tend to go on the wall.

On another wall, just above the computer where I am typing this now, there are about 20 cards from children and parents. I don’t display every thank you card, but there are some, (including the one that starts with an apology about how she treated me at the start of the year) that just mean something a bit special. They are also there as a reminder of some of the amazing children that I have had the pleasure to work with and to have in my class. 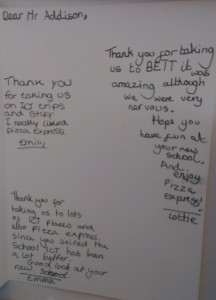 This one is from three of my Digital Leaders who came with me to LWF to present. They had a great day out and as a thank you for me taking them for lunch while we were there, they bought me a voucher for the same restaurant as a leaving present! 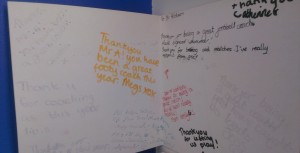 This card was a little different because it also came with a signed football. Signed by all of the girls that had been in my team that year. After school clubs can be a bit of a drain after a long day and I’m glad that the girls enjoyed it as much as I did. 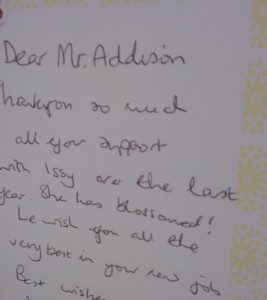 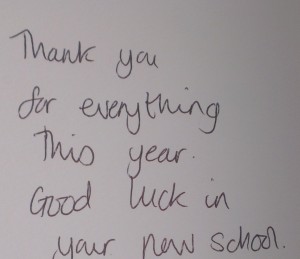 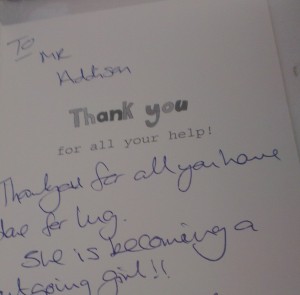 These three are from parents. All very different but they include a girl that was almost mute at the start of the year and her parents thanked me for working on her confidence. It’s always nice to know that there is a bit of thought put into these notes rather than just giving the child a card and present to hand to their teacher on the last day. These are children that developed a great deal while in my class and I am pleased that the parents agreed too. 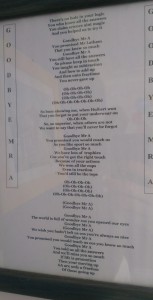 This is the best present I have ever been given. In around 2007, a band called the Hoosiers released a song called “Goodbye Mr A” and a few months later, when I left my first school, one of my children presented me with this. It’s a reworded version of the lyrics to the song and it has been on my wall ever since. 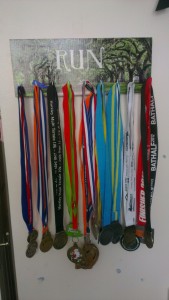 This one isn’t a teaching thing, but this reminds me of what I have achieved. If you had told me 6 years ago, when I struggled to run one mile, that I would have completed the Great South Run 5 times and ran 5 half-marathons, I would never have believed you. I’m not exactly Mo Farah and I’m a slow runner who often slips back into “non-training mode” but seeing what I have done in the past has helped me to try for new challenges in the future.

Don’t get me wrong, I definitely don’t do any this for the praise, but the feeling that you are making a difference is well worth it.