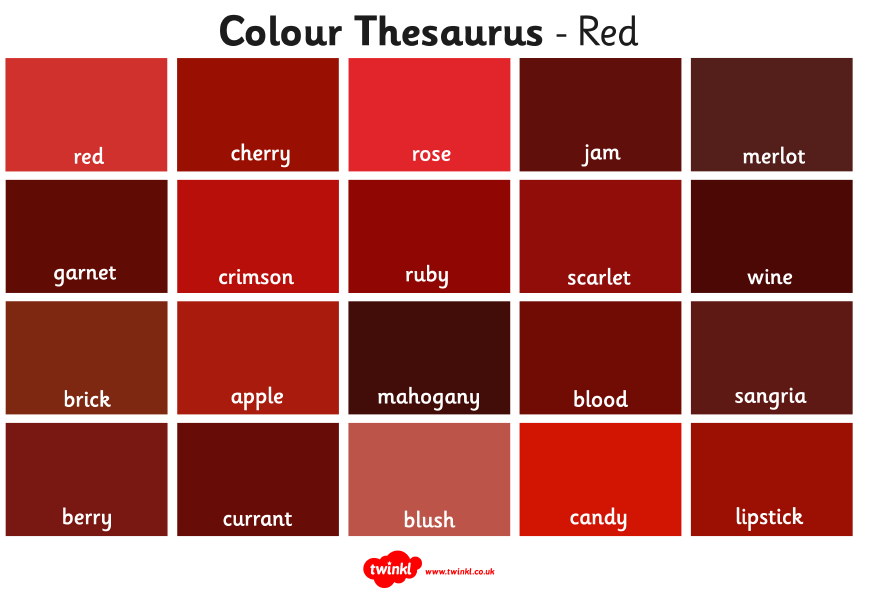 As any teacher will tell you, improving children’s vocabulary is important for many reasons – none of which I will go into here, I just wanted to share a little thing we’ve been trying in Year 3 this term.

As part of our English, we have described pictures of witches, giants, gardens and suchlike. The children have been great at using a thesaurus or a tablet to find synonyms for adjectives but I wanted a way of giving them ideas about shades of colour as I was a bit bored with reading “the witch had red eyes” over twenty times. Some people suggested the paint charts from DIY stores, but I wanted more “real” colours.

I found these colour mats on Twinkl and put them up in a previously unused/pointless part of the classroom. It was on a wall that was hidden away so wasn’t obvious to find at all! Within two days, I was seeing children explore with different colours and begin to branch out beyond reds into crimsons and scarlets. Not a bad start.

The next step was to print the mats smaller so that they could be added to a vocabulary book that each child has (and that many use!!). This is an A5 book that has various Twinkl or teacher-created word mats, WAGOLLs and things that we have used to improve vocab. They get these out when they are writing and borrow words, jot down ideas and generally try and improve their writing – Thanks to @penfoldno1 for this idea.

Having the colours close at hand made them appear in most children’s writing almost instantly. But this led to a problem. We were describing the garden in The Selfish Giant and a child wrote about the pickle grass and lapis lake. I guessed they meant green grass and blue lake, but we had to make it better. So I said that whenever they used a colour from the word mat, they had to add the colour next to it. So we then had pickle green grass and lapis blue lake. Much better.

The latest step, which I introduced 3 days ago was to hyphenate the words. I told them it was tricky and they probably wouldn’t be able to remember (reverse psychology works wonder at times) and modelled writing about the BFG including talking about his pistachio-green trousers. Over the last few days, at least 5 children have tried to hyphenate the colours too!

They don’t always get it right but it has led to brilliant conversations. Would you describe a disgusting giant as having chocolate-brown hair? Why not?

It has taken four weeks so far and it’s been a lot of fun seeing them become braver at playing with words and experimenting with how they could be used in their writing. This isn’t the only approach we are using, but it’s been a quick thing that has worked well so far. 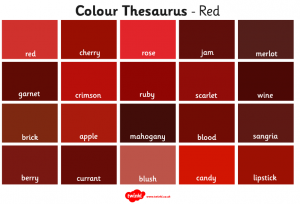 Thanks to Twinkl Pty. Ltd for allowing the screenshot of their resource