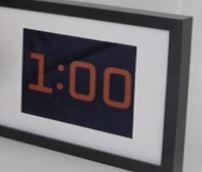 I have blogged about using Taskmaster in the classroom before here and James Blake-Lobb has blogged here and here. I would suggest reading those posts before continuing.

We don’t break up for the holidays until Tuesday so we have two days left of the term. My Y3 class asked if we could have another day of challenges inspired by the Taskmaster series so I have spent time scouring the internet (as has my TA), borrowing lots of ideas from James and reading the book to come up with a range of tasks. We will be carrying out some/all of these challenges on Monday and awarding points for their successful completion.

As discussed by myself and James, these challenges are lots of fun but build up soooo many different skills. Teamwork is the obvious starting point but then there is also resilience, planning and leadership skills too. The children will need to work together to find the best way of attempting these tasks. I also have some children who find losing difficult and I have spent the whole year giving them opportunities to fail and to lose so that they realise it is not a big deal and that with support and strategies, they can dust themselves off and go again. We will give the children time to discuss it before starting the timer and support them where needed, they are only 7-8 years old after all!

I’ll blog again next week to share how it went but the children are very much looking forward to it!

Here are the challenges we will be attempting (and a link to a word doc of them too):

Task 1: Identify the items inside the pillowcase. Most correctly identified wins.

Task 2: Carry a full bowl of water around the track. Fastest wins. Bonus points for the team that return the most water to the start.

Task 3: Get this egg as far from the starting point as you can in 2 minutes. You may not use your hands.

Task 4: The Taskmaster will leave the room. Your team must change three things in the classroom. When the Taskmaster returns, they will try and identify what has been changed.

Task 5: Over the shoulder throw. Throw as many balls of scrap paper over your shoulder and into the bin as you can. You have 5 throws per team member.

Task 6: Find Miss Burrows (my TA). Quickest time wins. You must stay together as a team and ALL find her. You must walk in the school. Miss Burrows is not in another classroom or behind a security door.

Task 7: Throw a teabag into a cup from the furthest distance. You have 5 minutes to practice and then 1 attempt per team member.

Task 8: Construct the tallest tower using the equipment provided. The tower must stand on its own and you can’t hold it when the Taskmaster measures the height. Do not eat the equipment. You have 20 minutes.

Task 9: Throw the ball to a teammate and they must catch it. Furthest throw wins. If they do not catch it, you score zero points. You have 5 minutes to practice in your teams. You will have three attempts to catch the ball.

Task 10: Using the iPads, your team must take 5 photos around the school. The Taskmaster will try and identify where the photos were taken. You will score one point for each photo the Taskmaster guesses incorrectly. Photos must not be blurry.

Task 12: Guess the number that the Taskmaster is thinking of. Closest wins. Bonus point for finding the difference between your guess and the Taskmaster’s number. (This number has been on my board for 2 days)

Task 13: How much money is in the tins? Closest wins.

Task 15: Perform a nursery rhyme as a group. You may include actions and voices. Best performance wins. Bonus points for making the Taskmaster laugh (or cry)

Task 16: Score a goal from the furthest distance. You have 5 minutes to practice and then 1 kick to score your goal. Furthest distance wins. If you miss, you score zero points.

Task 17 (with a nod to @dughall‘s photo task at CampEd): Using the iPads, you have 20minutes to go and take pictures of the following items. Best picture in each category will score a point.

Task 18: Using the iPad, record a video of one of your teammates throwing a ball off-screen. The next person must then catch it and throw it off in the other direction. Keep recording this with each clip in a different part of the school. Most catches wins. You have 20 minutes.

Task 20: Make ______ laugh. The person who makes them laugh the quickest, wins. You have 10 mins to prepare your material and then 2 minutes to try and make her laugh.